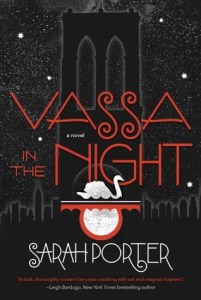 Brooklyn is cursed and people barely seem to notice. A single night in Brooklyn can last for what amounts to days in the outside world. Vassa and her step-sisters spend the long nights fighting off boredom with movies and books. When all the lights suddenly burn out in their apartment, Vassa is sent to the only store that remains open the whole night, BY’s.

BY’s dances on chicken legs within a circle of decapitated heads. A warning to potential shoplifters of what will happen to them if they attempt to steal anything. For Vassa, who has always been wrongfully perceived as a kleptomaniac, it’s suicide to step inside. Wanting to prove everyone wrong, she takes the chance.  When Vassa is inevitably accused of shoplifting, the owner of BY’s makes a deal. If Vassa can work three nights in the store without messing up, she’ll be free go home. Vassa quickly learns that the store and it’s inhabitants has no desire to play fair. To survive, she’ll need to rely on some unlikely allies. END_OF_DOCUMENT_TOKEN_TO_BE_REPLACED 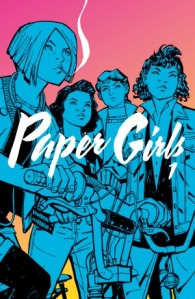 In the early morning following Halloween 1988, a group of newspaper delivery girls find that they’re the only survivors of a mysterious event that caused everyone in town to disappear. Pursued by people riding strange winged beasts, the girls strive to survive long enough to figure out what happened.

I went into “Paper Girls” rather blind, only knowing that it was set in the 80’s and that it was going to be a little weird. Since I like weird things and the 80’s, I figured this would be right up my alley. END_OF_DOCUMENT_TOKEN_TO_BE_REPLACED 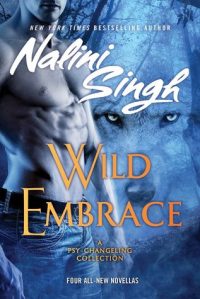 “Wild Embrace” is a collection of four novellas set in Nalini Singh’s Psy-Changeling series. Unlike past collections, all four of these stories have never been published elsewhere.

Engineer Tazia Nerif gave up her family to follow her dream of working on the deep-sea station. Facing another lonely mandatory shore leave, she’s surprised when the aloof Psy she works with suddenly invites her to spend the time off with him.

Out of the four stories in this collection, “Echo of Silence” was the one I was the least excited about. So, of course, it actually ended up being my favorite in the anthology. The glimpses we saw of the deep-sea station were fantastic. The novella really worked to wet my appetite to see more of this setting and the people working there.  END_OF_DOCUMENT_TOKEN_TO_BE_REPLACED 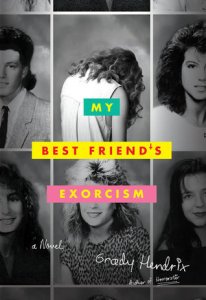 Ever since bonding over a disastrous birthday party in the 5th grade, Abby and Gretchen have been inseparable. Now in high school, the ladies are closer than ever. However, an ill-conceived decision at a friend’s lake house leads to Gretchen disappearing into the night. When Abby finds her in the morning, Gretchen is nearly catatonic. As the weeks progress, Gretchen starts acting strange and odd events begin happening whenever she’s around. Abby soon becomes convinced that something horrible happened to her friend that night and that she’s the only one who can help her.

Gretchen’s possible possession plays out pretty slowly here, which I really enjoyed. Going into the book I had been expecting a fast paced and possibly cheesy 80’s themed story to unfold. So, I was surprised to find things built up slow enough that it was believable that most people would be able to turn a blind eye to what was happening with Gretchen.  END_OF_DOCUMENT_TOKEN_TO_BE_REPLACED 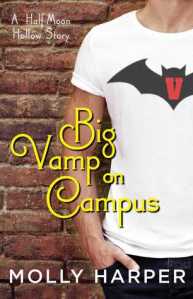 Ancient vampire Ophelia is trapped in a waking nightmare. Bad enough that she’s been banished from the council, but her replacement has given her a truly heinous punishment; having to live in a college dorm. Her life has become horrifically filled with communal bathrooms and a goth wannabe roommate. To make matters worse, her longtime boyfriend has taken to campus life like a fish to water and spends most of his time hanging with his bros. Left to her own devices, Ophelia spends her time terrorizing her roommate and trying to figure out how to navigate college life. END_OF_DOCUMENT_TOKEN_TO_BE_REPLACED 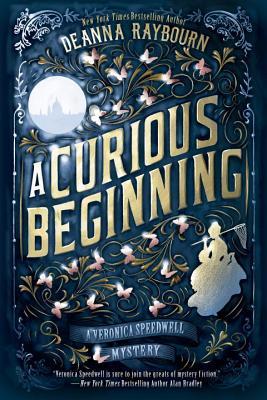 Veronica Speedwell is a lady of adventure. After a prolonged period of taking care of her dying aunt, she is more than ready to embark upon her next journey. To Veronica’s delight, an adventure and riddle immediately lands in her lap with the arrival of a German Barron, who claims to know her mother. Despite her reassurances otherwise, he is convinced she is in grave danger. Curious to discover what he knows of her past, Veronica agrees to hide-out with the Barron’s surly taxidermist friend, Stoker. When the Barron is killed, Veronica and Stoker are forced into fleeing London and must work together to uncover the murderer. END_OF_DOCUMENT_TOKEN_TO_BE_REPLACED 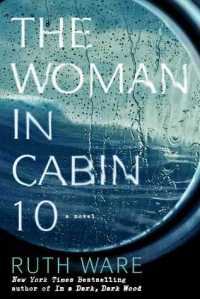 “The Woman in Cabin 10” is a surprisingly fast paced read. It dives straight into a tense situation within the first few pages and keeps up that pace for nearly the entire story.

Journalist Lo Blacklock is covering the maiden voyage of a small and very exclusive cruise ship when she’s awoken in the middle of the night to a scream and splash from the cabin next to hers. Dashing to her balcony, she finds blood on the darkened partition separating her side from the other room. Convinced something horrible has happened to the woman staying in that cabin, Lo alerts the ship’s crew. By the time they arrive, the blood has vanished and she’s told that no one was staying there. After a quick headcount reveals all guests and crew accounted for, Lo is written off as imagining things. When the internet connection on the ship is cut-off and things start to go missing from her room, Lo realizes she may have attracted the attention of a murderer. END_OF_DOCUMENT_TOKEN_TO_BE_REPLACED 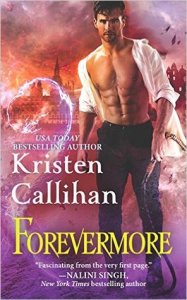 St. John (Sin) Evernight has been in love with Layla Starling since they were children. Separated as teenagers, their lives took two very different paths. Layla rose to stardom as a singer while Sin became the plaything of a cruel creature. Years later, Sin is reunited with Layla as her guard against an ancient evil intent on claiming her. Believing himself too corrupted to be anything more than Layla’s protector, Sin is set on keeping her at arms-length. Layla, however, is determined to keep Sin in her life now that she’s finally found him again. END_OF_DOCUMENT_TOKEN_TO_BE_REPLACED 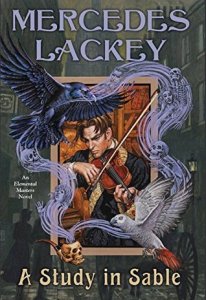 It’s been forever since I read a book from Mercedes Lackey’s Elemental Masters series. So, I’m pretty behind. However, I couldn’t resist jumping ahead a little once I saw that this one was promising a Sherlock Holmes inspired story.

“A Study in Sable” centers on the friendship of two women with special abilities. Nan can read people’s thoughts and summon a Celtic warrior when threatened. Her counterpart, Sarah, sees dead people and can help them cross over to the other side. The two have been working together for years to keep various magical entities in check. After taking a job to banish a horde of ghosts that have been plaguing an opera singer, Sarah becomes enraptured with the prima donna. As Sarah changes and starts to distance herself from her friends, Nan begins to suspect that there is something insidious going on. Unsure if her guess is correct or if it’s just jealousy, Nan enlists the help of Sherlock Holmes and John Watson. END_OF_DOCUMENT_TOKEN_TO_BE_REPLACED 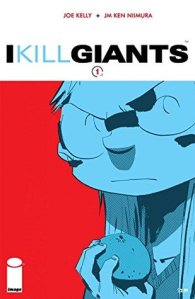 I’ve been hearing a lot of good things about “I Kill Giants”. So, I’m dipping my toes into the series with the first issue.

Barbara Thorson is a quirky bunny ear wearing girl. In her mind, she’s the hero of an epic fantasy. The lone misunderstood giant slayer. The people around her don’t understand what it’s like to bear this burden and Barbara has little patience for participating in general niceties. Her lack of conformity either puts people off or causes trouble for her. END_OF_DOCUMENT_TOKEN_TO_BE_REPLACED