Top Ten Tuesday is a weekly meme hosted by The Broke and the Bookish. This week’s theme is Ten Books I’d Love to Read If I Had a …..Book Club! 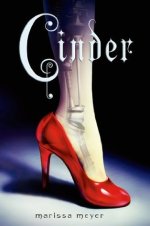 Humans and androids crowd the raucous streets of New Beijing. A deadly plague ravages the population. From space, a ruthless lunar people watch, waiting to make their move. No one knows that Earth’s fate hinges on one girl. 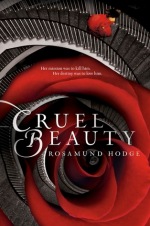 Cruel Beauty by Rosamund Hodge
Retelling of: Beauty and the Beast

Since birth, Nyx has been betrothed to the evil ruler of her kingdom-all because of a foolish bargain struck by her father. And since birth, she has been in training to kill him.
With no choice but to fulfill her duty, Nyx resents her family for never trying to save her and hates herself for wanting to escape her fate. Still, on her seventeenth birthday, Nyx abandons everything she’s ever known to marry the all-powerful, immortal Ignifex. Her plan? Seduce him, destroy his enchanted castle, and break the nine-hundred-year-old curse he put on her people.

An anthology of short fiction by Angela Carter. All of the stories share a common theme of being closely based upon fairy tales or folk tales.

Elemental Masters is a fantasy series written by Mercedes Lackey, about an Earth where magic exists and focuses on the Elemental Masters, people who have magical control over air, water, fire, or earth. Each elemental master has power over elementals, as well. Each book in the series is loosely based on a fairy tale. 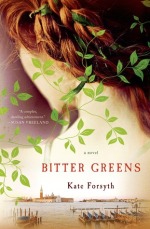 After Margherita’s father steals parsley from the walled garden of the courtesan Selena Leonelli, he is threatened with having both hands cut off, unless he and his wife relinquish their precious little girl. Selena is the famous red-haired muse of the artist Tiziano, first painted by him in 1512 and still inspiring him at the time of his death. She is at the center of Renaissance life in Venice, a world of beauty and danger, seduction and betrayal, love and superstition.

The Girls at the Kingfisher Club by Genevieve Valentine
Retelling of: 12 Dancing Princesses

Jo, the firstborn, “The General” to her eleven sisters, is the only thing the Hamilton girls have in place of a mother. She is the one who taught them how to dance, the one who gives the signal each night, as they slip out of the confines of their father’s townhouse to await the cabs that will take them to the speakeasy. Together they elude their distant and controlling father, until the day he decides to marry them all off. 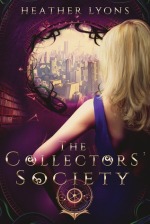 The Collector’s Society by Heather Lyons
Retelling (?) of: Alice in Wonderland

After years in Wonderland, Alice has returned to England as an adult, desperate to reclaim sanity and control over her life. An enigmatic gentleman with an intriguing job offer too tempting to resist changes her plans for a calm existence, though. Soon, she’s whisked to New York and initiated into the Collectors’ Society, a secret organization whose members confirm that famous stories are anything but straightforward and that what she knows about the world is only a fraction of the truth.

Beauty by Robin McKinley
Retelling of: Beauty and the Beast

Beauty has never liked her nickname. She is thin and awkward; it is her two sisters who are the beautiful ones. But what she lacks in looks, she can perhaps make up for in courage. When her father comes home with the tale of an enchanted castle in the forest and the terrible promise he had to make to the Beast who lives there, Beauty knows she must go to the castle, a prisoner of her own free will.

East by Edith Pattou
Retelling of: East of the Sun West of the Moon

Since the day she was born, it was clear she had a special fate. Her superstitious mother keeps the unusual circumstances of Rose’s birth a secret, hoping to prevent her adventurous daughter from leaving home… but she can’t suppress Rose’s true nature forever. So when an enormous white bear shows up one cold autumn evening and asks teenage Rose to come away with it– in exchange for health and prosperity for her ailing family– she readily agrees.

Of Beast and Beauty by Stacey Jay
Retelling of: Beauty and the Beast

In the domed city of Yuan, the blind Princess Isra, a Smooth Skin, is raised to be a human sacrifice whose death will ensure her city’s vitality. In the desert outside Yuan, Gem, a mutant beast, fights to save his people, the Monstrous, from starvation. Neither dreams that together, they could return balance to both their worlds.

12 thoughts on “Top Ten Tuesday: Ten Books I’d Love to Read If I Had a Fairytale Retelling Book Club”