Top Ten Tuesday is a weekly meme hosted by The Broke and the Bookish. This week’s theme is a Freebie week!

*Any descriptions in italics are from the back covers.

Elena Michaels finds herself drawn back into the Pack she left behind when rogue werewolves begin hunting its members. Despite the past betrayals, Elena can’t turn away from her surrogate family and is forced to confront things she much rather have left buried.

I adore this book. It’s filled with action, grit, and some interesting werewolf mythology. I loved that there are real consequences to being a werewolf. I would highly recommend this to people looking for an awesome werewolf read.

The world has been fractured in half. On one side magic runs rampant, on the other lies a world where magic cannot exist. The Edge lies between these two worlds and is an odd mix of the two. It’s a place where people like wolf shifter, William, go to hide. William unwittingly finds himself drawn into a political battle and must team-up with Cherise Marr if he hopes to stop a killer from cutting a bloody path through the territory.

This is one of my favorite Ilona Andrews books and that’s saying something because I love just about everything they write. If you love deep south settings and a bit of political intrigue, in your Urban Fantasy, then this is for you.

Anna Moder has just witnessed a shooting, seen her car pulverized, and rescued a wounded stranger only to discover he’s really a werewolf. And by her recent standards, things are actually looking up. Lycanthropes don’t faze Anna. Doctoring a wolf pack outside Grundy, Alaska, is the closest thing to home life she’s known in years. But hitching a ride to Anchorage with long-absent pack member Caleb Graham that’s a risk.

Love road trip books? Looking for a light and funny werewolf book? Then this is for you. There’s no need to have read any of the previous books in the series to follow along with this one.

Detective Lily Yu is assigned to investigate a grisly murder that appears to be the result of a werewolf killing. As she dives deeper into the case, Lily finds herself embroiled in werewolf politics and the reluctant partner of Rule Turner, the werewolf being framed for the murder.

A gritty werewolf read. This one straddles the line between Urban Fantasy and Paranormal Romance. Wilks takes an interesting spin on the popular “fated mates” trope that fans of the genre will find refreshing. 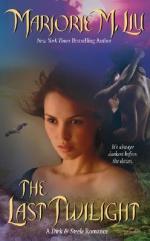 Doctor Rikki Kinn is one of the world’s best virus hunters. It’s for that reason she’s in the Congo. But when mercenaries attempt to take her life to prevent her from investigating a new and deadly plague, her boss calls in a favor from an old friend- the only one who can help….[Cheetah Shifter] Amiri has been asked to return to his homeland by his colleagues in Dirk & Steele…. He must protect a woman who is the target of murderers, who has unwittingly involved herself in a conflict that threatens the lives of millions.

Corrupt organizations, plague outbreaks, and a bit of man vs. nature are all featured in this plot. Highly recommended for people who are looking for a book with shifters that is serious but not gory. 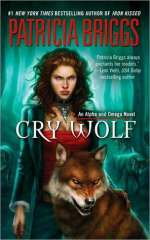 Anna never knew werewolves existed, until the night she survived a violent attack… and became one herself. After three years at the bottom of the pack, she’d learned to keep her head down and never, ever trust dominant males. Then Charles Cornick, the enforcer—and son—of the leader of the North American werewolves, came into her life.

Lots of action and internal conflict in this one. If you like either Kelley Armstrong or Ilona Andrews, you’ll probably find something to love in Cry Wolf. It’s also a great one to pick-up if you like books with snowy settings. 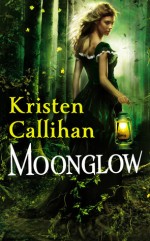 Ian Ranulf, the Marquis of Northrup, has spent lifetimes hiding his primal nature from London society. But now a vicious killer threatens to expose his secrets. Ian must step out of the shadows and protect the beautiful, fearless Daisy, who awakens in him desires he thought long dead.

If you’re looking for a good paranormal romance featuring shifters in a historical setting, this one is for you. Callihan’s plots rarely go the direction I expect them to and her heroines are fully capable people. I love this series to bits, but this one is my favorite. It also works just fine as a standalone.

Wilder Harding is a bloodhound, created by the Guild to hunt down and kill vampires on America’s frontier. His enhanced abilities come with a high price….Rescuing a weapons inventor from undead kidnappers is just another assignment, though one with an added complication—keeping his hands off the man’s pretty young apprentice, who insists on tagging along.

This one lands firmly in paranormal romance territory, but with a setting that I’ve never ran across before. It’s a paranormal western steampunk that was a ton of fun. I loved every book in this series and highly recommend it to fans of the PNR genre.

Alexia Tarabotti is laboring under a great many social tribulations.
First, she has no soul. Second, she’s a spinster whose father is both Italian and dead. Third, she was rudely attacked by a vampire, breaking all standards of social etiquette.
Where to go from there? From bad to worse apparently, for Alexia accidentally kills the vampire–and then the appalling Lord Maccon (loud, messy, gorgeous, and werewolf) is sent by Queen Victoria to investigate.

If you’re a fan of the Amelia Peabody series by Elizabeth Peters and have a passion for paranormal stories, then I would highly recommend checking this out. Unfortunately, Soulless was the only book in this series that really worked well for me.

As an Arrow, an elite soldier in the Psy Council ranks, Judd Lauren was forced to do terrible things in the name of his people. Now a defector, his dark abilities have made him the most deadly of assassins – cold, pitiless, unfeeling. Until he meets Brenna . . .
Brenna Shane Kincaid was an innocent before she was abducted – and had her mind violated – by a serial killer. Her sense of evil runs so deep, she fears she could become a killer herself. Then the first dead body is found, victim of a familiar madness.

Fans of shifter romances and stories with futuristic settings will enjoy this series. Each novel in the series works well as a standalone but this is one of my favorites.

What are some of your favorite werewolf/shifter books? Is there one that would be on your list but wasn’t included on mine?